Need Expert Advice?
Give Us a Call?

View cart “Shindaiwa T262XS Loop Brushcutter” has been added to your cart. 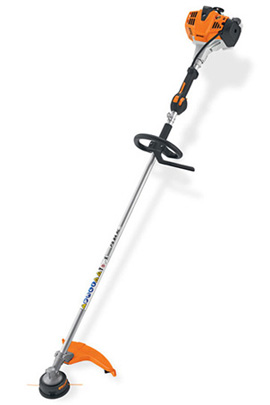 Simply Set the choke, pump the fuel primer, pull the starter cord and away you go! The running machine then switches off after a brief press of the stop button. Once the machine is at a standstill, the ignition activates again automatically. Thus the ignition is always ready for starting.

The loop handled grass trimmers and brushcutters are ideal for working in areas where space is limited, e.g. thinning between bushes and shrubs.

The STIHL anti-vibration system is available in a one-point version for smaller models and in an especially effective four-point version for larger machines starting with the STIHL. It reduces handle vibration for easy and comfortable operation.

We can deliver fast, and free! We currently deliver free to:

Within 30km of any of our stores. ONLY SPARE PARTS CAN BE DELIVERED OUTSIDE THE 30KM RADIUS

Pick Up From One of 3 Service Centers

Eager to get this sooner? Then during checkout, simply select “Pick Up” to collect your item from the nearest service center.

All of our products come with a manufacturer warranty so you can buy with confidence knowing your investment is safe in a quality product.

To claim your warranty, you can either:

Permission to Return and to Receive Credit

We will accept return of merchandise ONLY IF IN SALEABLE CONDITION and notification is within 7 days of receipt .We will Issue Credit to your account or Credit Card in Australian dollars. For unwanted merchandise the cost of return shipping shall be the responsibility of the customer.

We will, upon your request, replace any merchandise that is received in damaged condition or as a result of a picking error. No material will be accepted or replacements issued without prior approval to return such merchandise. Filing of claims will be our responsibility.

The Mower Place is among the largest dealers of outdoor power equipment in Australia. The business has been established for over 30 years and services a broad range of customers including domestic users, professional contractors, commercial users and Government institutions.